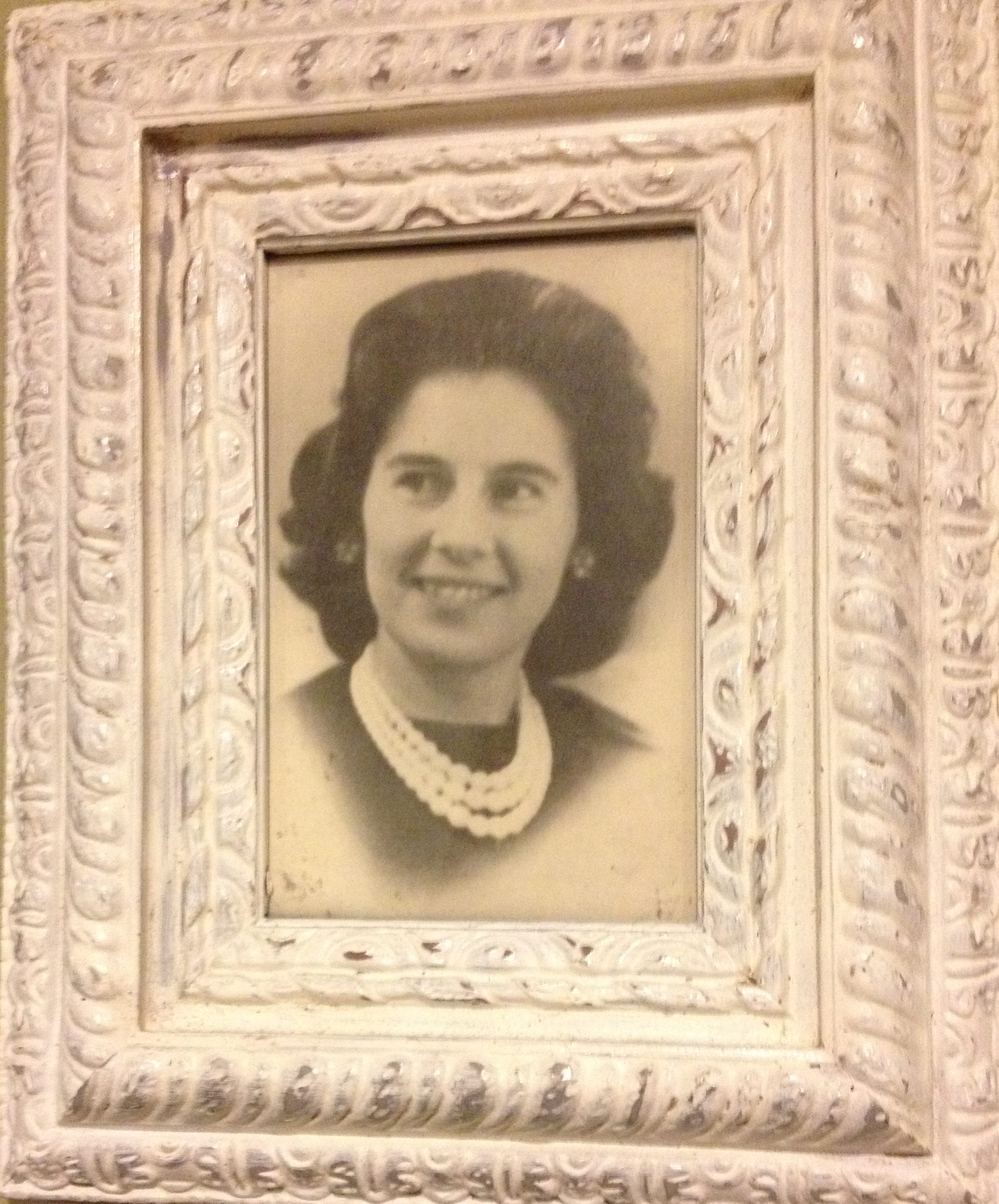 In the Dawn of Understanding

“I think I’m losing my marbles!” she said, panicked and teary. It was late at night and my mother knew she could always reach me at any hour.

Several doctors had tested her, but tonight it sunk in. She had forgotten where I lived and couldn’t remember things, like how to call me. It took old notes and effort.

I was surprised she would say this now, as my psychiatrist father had chided her for years that Alzheimer’s was her fate. I thought his frustrated comments were cruel, because if it was true, it wasn’t her fault. I was skeptical if it was true myself.

“Don’t worry,” I replied. “No matter what happens, you will be okay.”

“But what if I can’t remember your names?”

“You haven’t remembered them my whole life,” I teased, the eldest of four rowdy siblings.

“But what if I don’t remember YOU? What’s the use of living?” I swallowed. What truth could I share that would make either of us feel better about that? It came to me with utter clarity.

“Listen, if you forget everything, absolutely everything, I will remember for you. If you think you are meeting me for the first time, I will love you and you will feel it. I will remember us and then and now, because every NOW I will love you. No matter what happens, you will always be loved, and the love you have given will be remembered too. So, it is okay. You could be in a basket and I would still want you around.”

I never forgot saying it.

A year later, my father died, with family surrounding him for three days as he slowly passed in a stupor. Mother’s comprehension had declined quickly. She sat at my father’s bedside and I reminded her to hold one of his hands, while we took turns with the other around the clock. On the last day, as all held vigil, suddenly she tried to stand. For those that don’t know, she is an amputee and wasn’t wearing her artificial leg anymore. She teetered, wildly looking all around.

“She needs you!” my cousin declared. And sure enough, she collapsed in my arms, sobbing for the first time. She had only just realized he was dying. It was a flicker that went deeper than any feelings seemed to after that. Maybe that was a blessing.

Her confusion came and went, and we guided her as we could. The day I helped her to read a passage at my father’s funeral was the last time she could read.

Soon afterward, she changed so fast, with mood swings and inability to communicate. Always such a lady, Mother now had incongruous behavior, such as chewing on a napkin. The family looked to me for guidance.

She needed constant supervision and I lived across the country. We arranged for the best Memory Care facility we could find, near my sister. Mother toured the place, insisting to go where there were lots of people around. I kept asking for her reassurance.

In the beginning, she attended every activity offered. She went solo to survey the town’s Christmas lights by car, when no one else showed up for the bus. She watched recitals by children. She even dove into the ballroom dancing class, and got twirled in her wheelchair. She was always game for fun.

I flew back to California and resumed the chaos of activity that marks life for most.

I had heard that Mother was sleeping a lot and worried, taking only my youngest with me to visit the next year. “Grandma” was quiet, unable to focus or form a sentence. No longer could she sit for the salon or dentist, so white hair emerged and a front tooth had fallen out. I fretted over her former dignity. She was given soft toys to hold (more like twist) and seemed completely out of it.

My daughter had just taken up the guitar, and I encouraged her to play. Grandma came alive, moving to the music and opening her eyes. I swear I got eye contact during those times. This mimics the findings of Dr. Oliver Sacks, in his book Musicophilia, that music accesses different parts of the brain and can be a window of clarity in the fog. We clung to our musical strategy and vowed to return with more next time.

Two years passed and a slew of hardships kept me busy and away from dear Mother. I pined for her, this cheerleader who used to listen all-ears to me every day after school, regaling her with shenanigans of my classmates. Whatever I had to tell since, she was always eager to hear, always on my side, always thrilled to greet me. Every trip to visit, I prayed fearfully she would live for another. She saved me, emotionally, like no one else.

Time is punctuated in milestones

Recently I had to travel to graduate college, and would have a couple of days detour to visit. Finally! (For both events!) It had been years since I could call her on the phone, as we used to do every week. Would she look at me? Know me? Would she understand anything about the degree? It would have meant so much to her…having earned hers at the age of 61. How many times I have sighed, “if only she knew.” Mother made everything a celebration.

As we approached the nursing home, my eldest daughter seemed in a bad mood. I was irritated. “You need an attitude adjustment,” I stated in the hall. She stopped and dissolved in tears. She was worried that Grandma wouldn’t know her, that she might be a “bad granddaughter” for being away so long, and mainly, that she wasn’t feeling “good enough” to sing with her sister. Oh! I had no idea.

We hugged and I said, “My only requirement of you is presence. That is all anyone wants. It’s the bottom line. What’s the worst you can do to someone? Leave them. If someone dies, they just want someone there. So: you don’t have to perform, touch, talk, or do anything. There is zero expectation of anything you do or she does. Just be there. You are part of this family, part of all of us, including me and I need you. I just need you to be there.” Pressure removed.

Entering in my graduation cap, I gently cradled my mother’s sleeping face and spoke to her. I said my name, pointed out each person by name, and joked as if she could respond normally. She seemed politely surprised, as if encountering friendly strangers. Then the music began.

As my daughter played, and eventually her older sister freely joined her in song, Grandma’s eyes beamed at us all. Directly! I couldn’t get over the feeling of it.

She tried to whistle along, she “conducted” and yes, she SAW us. The window was open. She stared at my bobbing tassel and grinned, and the details of how much she understood didn’t seem important anymore.

She actually spoke a few words. “Oh G-yod!” she would sarcastically say (this from a woman once training to be a nun), and she laughed often. I could see her reaching for responses, and when the words didn’t come, recognized another music: HUMOR. The real cadence of our lives. It was in the tone, the expression, quips without words. Even though language had left, she still played. And so, for a few blissful hours, we shared what we had always shared. Love.

We visited every day, morning and night. My girls summarized the time with Grandma as the best part of the trip, any trip. It was peaceful and grounding for all to just be. I stare at phone photos of us with her, clinging to those moments, knowing I will savor them all of my days.

The richness of… memory?

Alzheimer’s is a disease with only theories about cause (aluminum), prevention (diet) and cures being tested that won’t help my mother now.

A long time ago, I worked in a nursing home. I recall a 97-year-old man in a long marriage, who used to visit his wife every single day. In contrast to my mother, Alzheimer’s affected her differently, as she yelled, raged, and ground her teeth. Many avoided her room.

Not her hubby. Knowing someone is knowing an inner beauty. He would sing to her, “their song,” and her face would relax. Turning her head, suddenly a recognition! She would smile at him, and hum or sing along. It was miraculous! They were together outside of time. And I can’t say for sure who was happier.

One day, I came upon him leaving the building, deflated. It was the day she died. “I lost her twice,” he said.

The past is a mix of light and dark, without the color of NOW.

While Mother fades into old age, oblivious to time and events, I consider what I would want when I drift into final sleep… someone’s breath to listen to, maybe a warm hand in mine, an intimate serenade, or a kind lasting look. It seems that what we all want most is to be together.

Love resides in us, not only in mindspace but in heartspace…that place where our unconscious cells just know. I urge you to share it, new. Freshly. No strings attached, no expectation of receiving the same, no keeping track.

Because it doesn’t matter. Love is now. This I will always remember. 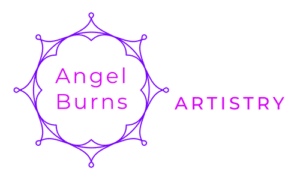