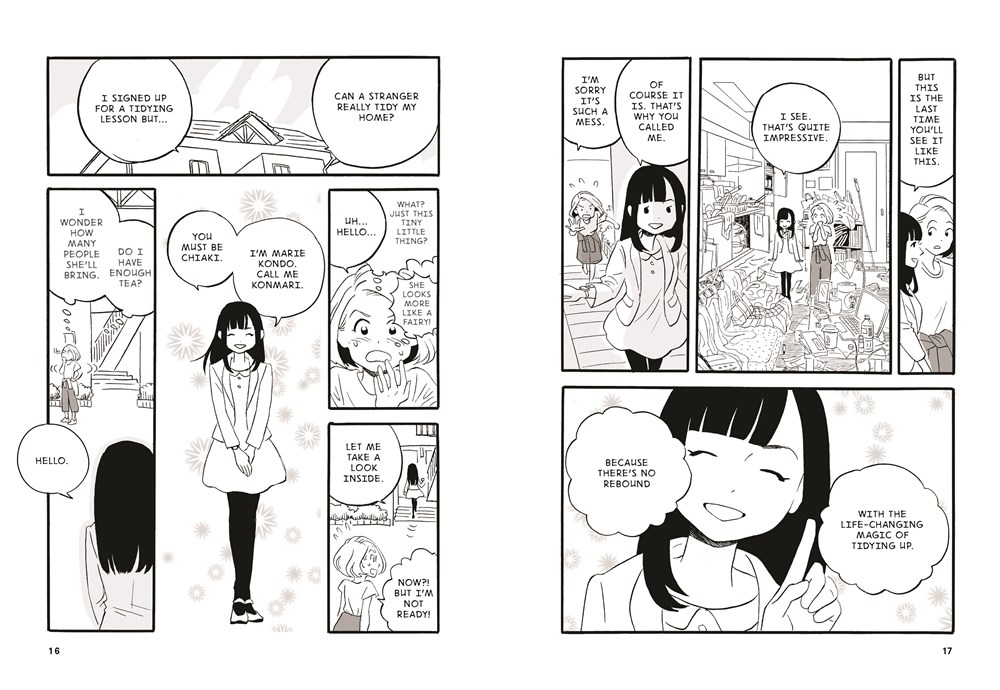 I don’t think I’ve read a comic book since I was a kid.

The Life-Changing Manga of Tidying Up: A Magical Story

was just published and, the last of a trilogy, it makes a great gift and an indulgent read (see Entertainment Weekly’s review).

If you haven’t heard of the “KonMari” method of “tidying,” you’ve either been living under a rock  — or a pile of your own mess. Don’t worry, I was too—there’s not enough time to fix everything in our busy lives…or so I thought.

Then I started with my clothes and my skepticism on a lunch break. Zing! Zapped by KonMari’s wand! Freshened wardrobe and a fresh attitude.

The Life-Changing Magic of Tidying Up: The Japanese Art of Decluttering and Organizing

had me at hello, with the curious title. Life-changing? MAGIC? Was this another cleaning book by a fanatic?  I considered the “global phenomena” buzz…

Spark Joy: An Illustrated Master Class on the Art of Organizing and Tidying Up

was an impulsive YES buy, as again, the title resonated. The litmus test to keep only items that “spark joy” aligns with my philosophy to let delight inform one’s path. “Follow your bliss” indeed!

Like much of the world, I became so enthusiastic about KonMari organization that, even though there’s isn’t much else to learn beyond her first two books, I bought the latest “manga” version. Might be good reminders in shorthand form.

A fast read, it was delightful: Story! Pictures! A positive change! This was my wheelhouse.

Original source: KonMari Media, with permission to reprint as appeared at ew.com

I’ve since passed my comic-book copy to my kids. One had already grasped the surprising pleasure of folding, and can now get dressed with ease. She is likely to be most eager.

The second daughter, who only sees her clothing pile as a waiting chore, may need a nudge. A millennial love connection might help the cause.

As we hunt for better ways of modern living, simplifying calms the chaos of too much stuff. Visual peace quiets a busy mind. Priorities can shine through.

I swear it can change your outlook, and as Marie Kondo suggests, your behavior will follow.

Read something you do have time for, and enjoy the process. KonMari tidying cuts through all the other organization books, revealing an inspiring philosophy in the quest for improvement.

May your joy surround you at home, so you carry it into the world.